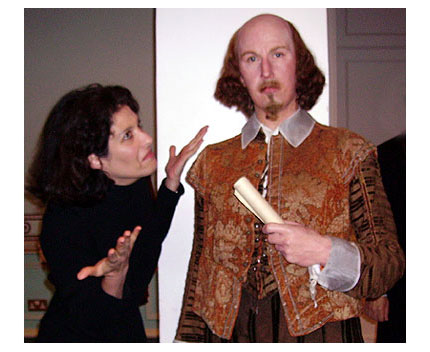 Chiljan has given talks on the Shakespeare Authorship Question in numerous public libraries, clubs, universities, and bookstores throughout California. She is a frequent guest on radio shows and podcasts; she appeared on “Coast to Coast-AM” in 2018.

Chiljan, a graduate of U.C.L.A. in history, became interested in the authorship question after watching a TV debate between Charlton Ogburn and a Shakespeare professor on “Firing Line” in late 1984. Ogburn’s case for the 17th Earl of Oxford as the real Shakespeare was overwhelming. She then read Ogburn’s now classic work, The Mysterious William Shakespeare, and was inspired to do her own research. In April 2012, Chiljan received an award for distinguished scholarship at Concordia University, Portland OR, for Shakespeare Suppressed. She was also a contributor to Contested Year (2016). Chiljan has published two anthologies: Dedication Letters to the Earl of Oxford, and Letters and Poems of Edward, Earl of Oxford (1998).

Articles in the Shakespeare-Oxford Newsletter: