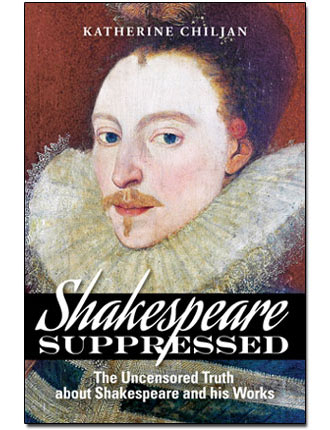 Shakespeare Suppressed received a distinguished scholarship award from Concordia Univ. (Portland OR) in 2012.

THE FEATURE FILM, “Shakespeare in Love,” was a romantic fantasy about the great author – yet most Shakespeare biographies are filled with similar fantasy and speculation because so little is known about him.

Furthermore, scholars have been studying Shakespeare’s plays and poems for over 200 years, but basic information about these incomparable works, like their composition dates, is still lacking.

Using contemporary evidence that is often ignored or even unknown by the experts, Shakespeare Suppressed presents fresh and sometimes startling conclusions about the man and his works.